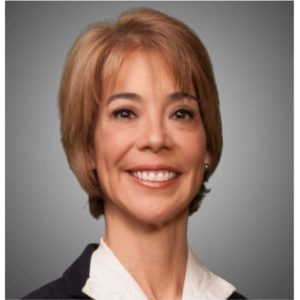 An energy expert with over two decades of leadership and experience.

Rebecca Klein is a principal at Klein Energy, LLC, an energy and water consulting company based in Austin, Texas. Her clients include international and domestic companies focused on penetrating or expanding in North American and whose needs concern regulatory, commercial,  financial, strategic, and/or government affairs expertise. Over the last thirty years she has  worked in Washington, DC and in Texas in the energy, water and national security arenas.

Ms. Klein served as Chairman of the Public Utility Commission of Texas during which time she  oversaw the restructuring of the State’s $36 billion electric power industry. She was also the  Chairman and Vice Chairman of the Board of the Lower Colorado River Authority. Previous to  that, she worked at the White House in the Office of Presidential Personnel where she assisted in  recruiting and recommending sub-cabinet level presidential appointees in the national security  arena of government. Her experience in Washington, DC also includes senior positions at the U.S.  Trade Development Agency, the American Enterprise Institute and as a Senior Fellow at  Georgetown University’s McDonough School of Business.

Presently, Ms. Klein sits on the Board of Directors of Avista Corporation, a publicly traded utility  serving the Pacific Northwest. Other Boards on which she currently sits include two fast-growth  technology companies serving the water and power industries. She is also the founder of the Texas  Energy Poverty Research Institute, a non-profit that addresses the nexus of energy and poverty in  Texas. She has previously served on the Diversity Advisory Committee of the Federal  Communications Commission.

Ms. Klein retired as a Lieutenant Colonel in the U.S. Air Force Reserve in January 2015. She received her academic training at Stanford University (B.A., Biology); Georgetown University  (M.A., National Security Studies); and St. Mary’s Law School (J.D.). She is currently pursuing her MBA at MIT’s Sloan School of Business. She is fluent in Spanish having grown up partly in  Venezuela and Mexico. She is a native of San Antonio, TX.