Rising sea levels are not a new phenomenon for coastal cities and states. Many of these areas have experienced the effects of rising sea levels either through years of change and erosion, or through major weather events. Mitigation efforts have been taken through sea walls and other physical infrastructure, but this infrastructure will need to be continually expanded upon to adjust with an ever-changing ocean exacerbated by climate change. The National Oceanic and Atmospheric Administration released a report estimating that U.S. coastlines could experience up to 1 foot of sea level rise within the next 30 years.

To many, this sounds like a doomsday scenario. Many cities are already experiencing complications with the current sea level and an additional 1 foot could result in the collapse of more buildings or flooding of streets. Some scientists see a solution in this problem. Not just a solution to rising sea levels, but a solution to droughts occurring elsewhere in the world. The problems of drought and rising sea levels could find a solution in each other through desalination.

What is Desalination and Who Uses It?

Many movies have shown the irony of someone stranded at sea, surrounded by water, but having nothing to drink. The salinity of seawater is what makes it unable to be consumed by humans. Small levels of salt are tolerable for the average human to consume, but the salinity of seawater is so high that cells are not able to ingest enough water to compensate for the level of salt. If enough seawater is consumed, this can result in serious health problems or even death. The earliest forms of seawater desalination date back to 1964 when Israeli Engineer, Alexander Zarchin obtained a patent for seawater desalination. Zarchin would continue to obtain patents for other methods of desalination and form IDE Technologies. IDE Technologies still operates and designs desalination plants around the world.

Subscribe to our exclusive email designed for conservatives who care about climate change.

This idea was revolutionary for a country like Israel who has vast access to sea water, but very limited access to fresh water. Eventually other countries and organizations would adopt this process, including the US Navy. The US Navy uses reverse osmosis (RO), while countries like Saudi Arabia, who boast the world’s largest desalination market, use RO and electrodialysis (ED). RO and ED are two of the most used desalination processes. The major differences are that RO uses a high-pressure system to accomplish desalination, while ED uses a low-pressure system to receive the same result. 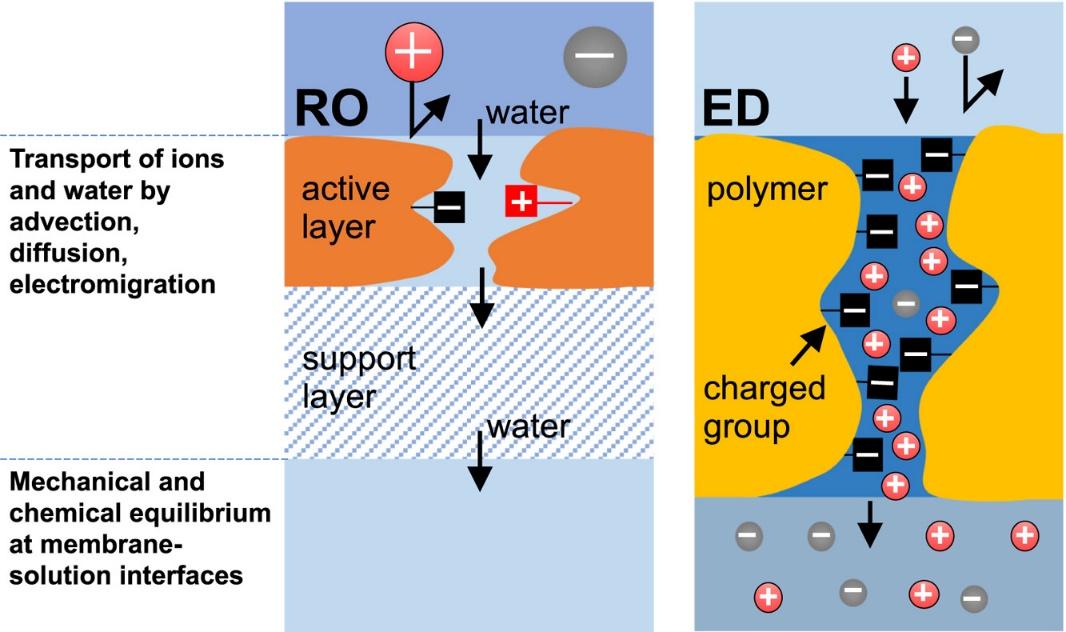 Regardless of which process is used, the end result in both cases is fresh water delivered to areas that may have little to none available.

Not all environmentalists and water scarcity experts sing the praises of desalination. Some object to its implementation, citing concerns of leftover brine and high energy consumption.

Increased brine that is released back into the ocean causes concerns about unknown impacts on local sea life. A study from MIT presents a profitable solution to this concern. The leftover brine can be used to make sodium hydroxide, which desalination plants already use, or hydrochloric acid. Both chemicals are sold commercially, and desalination plants could produce and sell this byproduct.

The high energy consumption needed to complete desalination raises concerns about the load it would put on the grid. If the desalination plant relies heavily on fossil fuels for its energy, then it could lead to increased Co2 emissions. The high levels of energy required are due to the pressure needed in this process. Research has already identified an opportunity for desalination plants to harness naturally occurring energy right on its doorstep. As a study from the International Journal of Engineering Research & Technology states:

Wave-power could be the solution to this energy problem. Adoption of these solutions could remove virtually all environmental impacts of desalination.

Could Desalination be the Solution?

Desalination has already been adopted as a solution to an obvious problem. It has provided fresh water to areas with high scarcity, but could it also be used to mitigate rising sea levels? As sea levels continue to rise, desalination could make use of this excess water and even pump it into aquifers where more fresh water is needed. This would allow desalination to mitigate rising sea levels while also increasing the fresh water supply for areas experiencing high levels of drought. A 2021 study pointed to the use of worldwide desalination plants to simultaneously mitigate rising sea levels and water scarcity concerns. The private sector has already been active in the industry of desalination, in areas where they are allowed to operate. Counties like Monterey in California excluded private investment in desalination until recently when they realized the need for private sector involvement to meet demand. Poseidon Resources Corporation built and financed the 922-million-dollar Carlsbad Desalination Plant in 2015 when the San Diego Water Authority agreed to a 30-year purchase agreement. The plant produces 50 million gallons of freshwater for the county each day.

Opening the door to private investment in desalination could mitigate rising sea levels and water scarcity. It likely won’t be the sole solution to water scarcity and sea level concerns around the globe, but it could play a role in the mix of solutions to our environmental problems. Waiting for a one-size fits all public solution will likely cause us to be reactive when disaster strikes, instead of allowing private firms to be proactive with fiscally and environmentally sustainable solutions.

Clark Strawser is a contributor to C3 and Adjunct Professor with the Helm’s School of Government at Liberty University. Follow him on Twitter @ClarkStrawser.

Next Article: How C16 Biosciences is Revolutionizing the $61 Billion Palm Oil Industry

Wind Power Is On The Move in South Dakota

Three Energy Technologies Republicans Can Advance in the Next Congress